Al-Yaman is back. Not only on the stage but also with a new album. The album Insanyya is a new achievement of an extraordinary multi ethnic Prague formation Al-Yaman.

The sound of the band is a fusion of acoustic instruments and electronic music and merges traditional process and new elements of dance music. The Arabic influence of the group is mediated by the singer Ashwaq Abdulla Kulaib from Aden (Yemen). Thanks to her unmistakable vocals and amazing connection of dance motives, electronic music and Arabic songs Al-Yaman is considered one of the best bands of its genre not only in our country but also in entire Europe.

The second studio album by Al-Yaman appears in stores after five long years. The resulting album is based on the same elements as the first album Hurryia. The basic elements are the unmistakable singing of Ashwaq who sings, in our country still exotic language, in Arabic, and outstanding connection of oriental motives and current dance and electronic trends taken care of by Aleš Hyvnar (al-esh). In case of the genre, it's hard to classify Al-Yaman. They are mix of styles such as dub, rock, electro, ambient, bhangra and others. 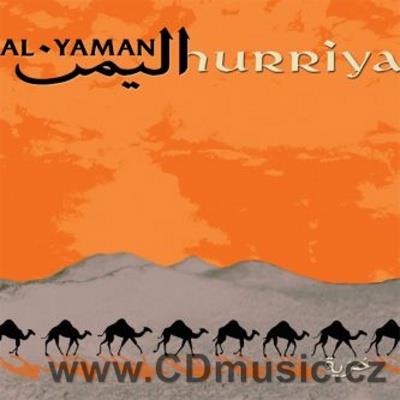