Wolfgang Amadeus Mozart (1756-1791) wrote his opera Don Giovanni on a commission for Prague where it was also first performed on October 29, 1787, at the Estates Theatre, which is the only existing theatre where Mozart conducted two world premieres of his operas. The premiere of the second opera - La clemenza di Tito - took place in 1791. The building of the Estates Theatre was thoroughly and perfectly reconstructed between 1983 and 1991 to preserve its original appearance. Operatic performances were resumed there on December 1, 1991, on the occasion of the bicentenary of Mozart's death, with a new production of Don Giovanni. This recording of that solemn performance is a unique documentary of a momentous event and of an original production.

The film, full of authentic details, attractive settings and wonderful music, is more than a documentary. It is a burning flame, an entrancing narration that presents the less famous part of the life and art of a musical genius who raved on a stage in Prague: "My Praguers understand me!"

A strong and emotional story of his three visits in Prague (January and October 1787, August - September 1791) is narrated by Mozart´s friend, a star among European concert singers, Josepha Duschek.

Prague was the only city that gave the deceased Mozart a worthy farewell. Over three thousand Prague citizens came to honour the memory of Mozart. 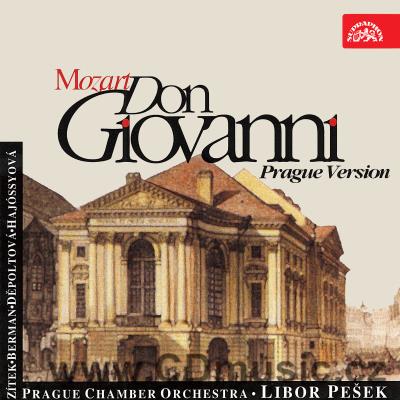