Garden of the Heart by Emmy Destinn

The world famous Czech soprano Emmy Destinn (February 26th, 1878, Prague - January 28th, 1930, Budweis) spent twelve seasons at the Court Opera in Berlin, nine seasons at the Met, two seasons at Bayreuth and was the leading primadonna at London's Covent Garden for 12 years, where, from 1904 to 1919 (excluding the four war years), she made 225 appearances in an extremely varied repertoire including 18 operas. She also received enthusiastic receptions in Paris, Leipzig, Munich, Zurich, Hamburg, Prague, Vienna and Budapest. She composed for herself, for her lover, baritone Dinh Gilly, also interned in the same castle, as well as for her sister Jetta (Jindřiška, Henriette). The mode was melancholic, sentimental, often with some Sibyly hidden operatic reminiscences; all melodic and undeniably effective: "One sketch of 'In the Lane' is ready (I did not know this poem before; it is undoubtedly one of your best). You could hardly have guessed that I would set it to music! It is not at all long. 'The Last Tears' is maybe a little too sentimental, but you will have to excuse me, for the melody can't be expressed in any other way except according to how the words are felt...The public will love it, not least, because the public loves most of those compositions from which sentimentality simply pours. Thus, let us pour it on." (Jan. 19, 1917). Later on, the idea of completing an entire song cycle appeared: "Shall I receive some poems again? Nearly everything has been composed already, and Mr. Gilly fell in love with 'In the Lane'. He sings it to me all the time... Now I am finishing 'Too Late Did I Find Your Heart'." (Jan. 23, 1917). Despite being an experienced poet, she valued original authorship. If the need came for more verses, she requested them from the poet rather than creating her own: "For the poem 'The Last Tears', I need four lines between the last and penultimate verses. There should be some connecting mood between the Gavotte and the reason for those last tears. You are so mysterious there, and paint an enigmatic picture. What happened to cause the gentleman to remember his last tears with such underlined irony? I really have to advocate in the girl's favour a little ... so do write some poetic lines in there... only a little, very little...!" (Feb. 9, 1917). Only in one case did she add her own verses to complete the variability of the cycle by using lines from her own nostalgic Memories (From Grandfather's Diary). The cycle was finished about halfway through March, 1917: "The songs are ready but require further work. I shall play all of them for you. Now I am looking for a musician who could write them correctly. I shall dictate them into his pen. Everything can be finished within another week." (March 15, 1917). "I am still searching for somebody who will write them correctly according to my piano or, eventually, one who could make some harmonic corrections or ornaments (four ears hear better than two!) etc., etc.

Myself, I am not too used to such work." (March 27, 1917). Finally, she approached the pianist, conductor and composer Antonin Nademlejnsky and requested him to revise her compositions. "We are working hard together - Mr. Nademlejnsky and I. Seven of the songs are virtually completely ready, according to my intentions. You will be content." (May 12, 1917). 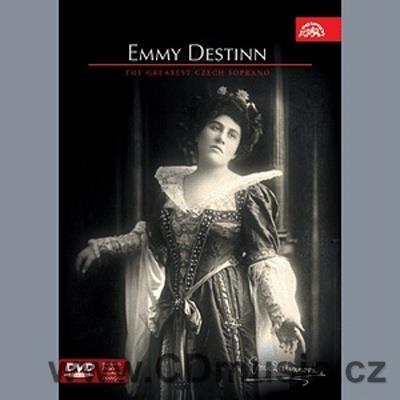